Mount Olive is a member of the Lutheran Church Missouri Synod(LCMS), which was formed in 1847. Mount Olive, the first LCMS church in the state of South Carolina, celebrated its 75th anniversary in 2008.

Mount Olive is a confessional Lutheran church that affirms the BOOK OF CONCORD (1580) to be faithful and true interpretations of the Holy Scriptures, the sole source and norm of all Christian teaching.

Our church is as committed to Christian education, outreach and evangelism, as it is to worshiping the Triune God with the traditional liturgy of the Church. We hold true and respond to the love of the Triune God:

These Three Distinct Persons of the Holy Trinity are co-equal and co-eternal, yet only one God.

Grace alone: God loves the people of the world, even though they are sinful, rebel against Him and do not deserve His love. He sent Jesus, His Son, to love the unlovable and save the ungodly. 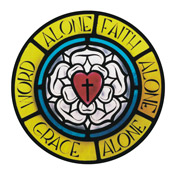 Faith alone: By His suffering and death as the substitute for all people of all time, Jesus purchased and won forgiveness and eternal life for them. Those who hear this Good News and believe it have the eternal life that it offers. God creates faith in Christ and gives people forgiveness through Him.

Scripture alone: The Bible is the inspired Word of God (II Timothy 3:16), in which He reveals His Law and His Gospel of salvation in Jesus Christ. It is the sole rule and norm for Christian doctrine. 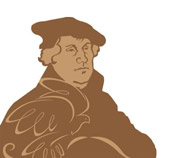 Martin Luther lived in the 1500’s and is known as the “Father of the Reformation.” He was a pastor who helped change to the Church to focus its attention on Jesus and His saving grace and love for us. During Luther’s time, the Bible and worship were conducted in Latin, but he wanted all people to have these in their own languages so they could read God’s Word for themselves. He was not trying to create a new church, but to reform the existing Church into what Christ envisioned it to be. The reforms of Martin Luther helped shape today’s Church.

ABOUT THE CHURCH YEAR

The Season of Epiphany

Epiphany is from a Greek word meaning to “reveal” or “make manifest.” The season of Epiphany is our time to focus on the revelation of “who” Jesus is: both true God and man.

On the Festival of Epiphany, Jan. 6, we hear the reading of the visit of the wise men (Matt. 2:1-12). In that event, these foreigners bowed down in acknowledgment that this infant was indeed the Christ, the Son of God.

The Sunday after Epiphany we hear the story of the Baptism of Jesus (Matt. 3:13-17). Here, God the Father confirms this man standing in the water is His beloved Son. The following Sunday we hear the story of the changing of water into wine at Cana (John 2:1-11). Through this event, Jesus revealed his glory and his disciples put their faith in him.

[Content taken from LCMS.org, FAQ’s about the Church Year.]

Read more by clicking on the LCMS blog, Breaking Down the Church Year. 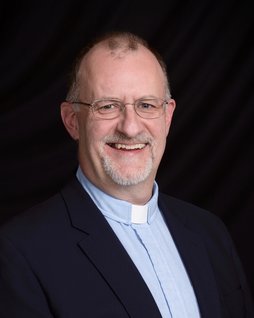 Pastor Walter J. Harper was installed at Mount Olive on October 27, 2019, Reformation Sunday. He is a second career pastor, having previously worked as an investigator in the U.S. Department of Defense.

After joining an LCMS parish in Alexandria, VA, Walt began reading and studying the Lutheran doctrines and liturgy. Soon his friends and wife, prompted by The Holy Spirit, encouraged him to go to seminary. He finally listened and enrolled in Concordia Seminary in St. Louis. Upon his graduation in 2010, Pr. Walt began serving at Immanuel Lutheran Church and School in Danbury, CT where he served until being called to Mount Olive.

Both Walt and his wife, Renee, are excited to begin a new ministry among the people of God at Mount Olive, and look forward to joining with the congregation to “grow in the grace and knowledge of our Lord and Savior Jesus Christ” (2 Peter 3:18).

The Harpers are the parents of two grown sons and are grandparents to three precious boys.